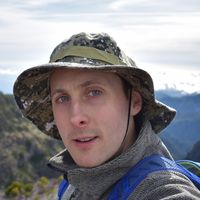 Many of us have pets and we view them as part of our family, but how many of us stop to think if our cat might be damaging the environment? Cats might not be generating vast quantities of greenhouse gases, well we assume they aren't borrowing the car or turning the central heating on without our knowledge (but both would make excellent viral videos...), but they are a formidable predator. Their predatory instincts are well known to owners who often find "presents" on the kitchen floor. Small birds, rodents, shrews, frogs and sometimes larger prey such as rabbits are all targets for the generalist predator Felis catus.

It has been known for centuries that our personal predator can have a detrimental impact on the environment, the Steven's Island Wren makes an excellent case in point (http://uk.businessinsider.com/tibbles-the-cat-and-stephens-island-wren-2014-12?r=US&IR=T). Whilst a study from 2011 took this to a global scale and implicated our domesticated moggy in 14% of extinctions on islands (http://onlinelibrary.wiley.com/doi/10.1111/j.1365-2486.2011.02464.x/full). But what do owners think? A new study surveyed households in the UK and found that cat owners have a "foggy notion of their cat's prey tally" and more alarmingly don't see it as an unnatural deterioration to the environment.

Cats are great (unless you're a dog person; in which case, cats are still great just not your cup of tea!), but remember they shouldn't be here in such high-densities. Your cat is a distant cousin of a Middle Eastern wild cat, domesticated 9000 years ago as our species adopted a sedentary farming society and then spread with us across the globe. Wild cats are solitary and have a large territorial ranges, which means they live in low-densities. This gives their natural prey the opportunity to maintain stable populations. Today there might be 10 cats on one town's street alone. No wonder then that another study from the US suggested the annual kill tally for cats was in the billions.

However, there are steps owners can take to limit the damage our feline friends do to the natural world. As an ambush predator cats rely on being unseen and unheard by their prey. So stick a bright and noisy collar on them! At least it will give the local wildlife a fighting chance and help you spot them when they choose to be aloof.

Cats—cuddly companions or fine-tuned killing machines? The answer seems to depend on whether or not you own one. Ecologists from the University of Exeter and Queen Mary University of London asked cat owners in more than 50 U.K. households if they thought their cats were harmful to wildlife. The team wanted to learn if pointing out the actual toll cats take on the local fauna (birds, reptiles, and small mammals) influenced how their owners felt about and managed their pets. The results: It did not

To say I dislike cats would be an understatement! https://t.co/MduzqYeXr1

I'm an indoor cat. I attribute my awesome condition at 14 to not being exposed to fights & disease. I watch birds. https://t.co/aHtDoNga53